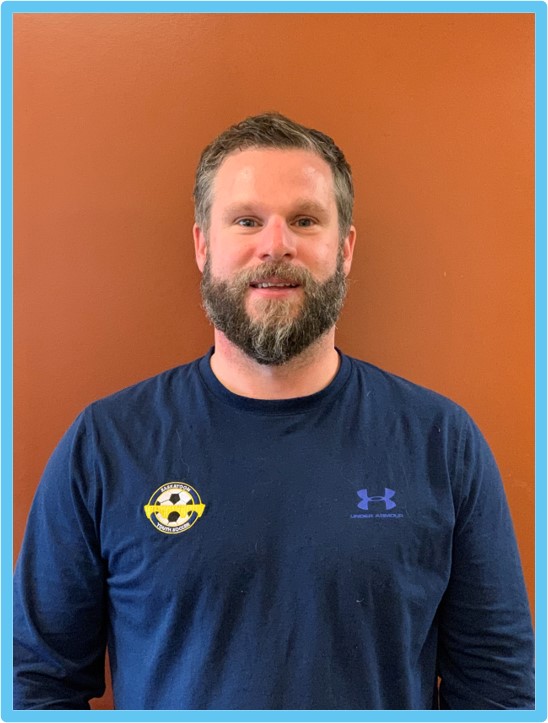 Dan has been playing soccer for 35 years, he has played at the club level in both Canada and the Bahamas with national team call ups for the Bahamas U23 Men's team. In his teen years, he was a player coach for his high school soccer, as well as coached the younger generation of players in a new developed youth league. Dan returned to coaching in 2017 because he was looking to give back to the game that had given him so much, and to promote the sport.

Dan has been involved in coaching all ages from 2-5 year old's in the SYSI Parent and Tot program all the way up to U19 teams in the Saskatoon Youth Soccer Leagues. He was part of the coaching team that saw the U15 Boys Lakewood Deportivo win the Provincial Soccer League and represent Saskatchewan at the 2019 U15 Canada Soccer Club Nationals in Edmonton, Alberta.

Foremost, players need to have a love of the game. In order to achieve this players need to be having fun at all levels of the game. As coaches, we are facilitators to ensure that personal and team growth is achieved by players while loving and learning from the game. We are helping to build people not just players that tap into and actualize their potential both on and off the field. 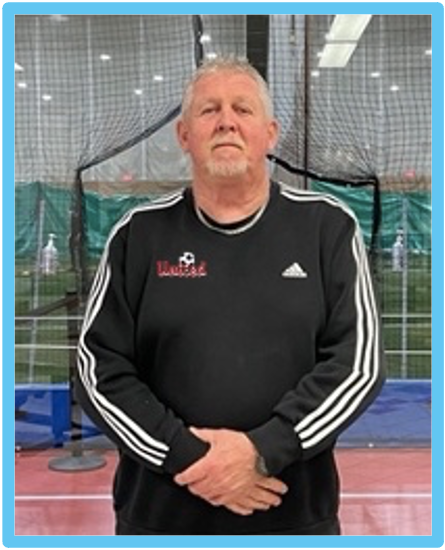 Huw's passion for the beautiful game started as a school boy in his hometown of Swansea, a passion that stayed with him as he made the move to Canada in 1976.

He started with the Saskatoon United Soccer club as a player, during his time with the club he not only played at the premier level but also was selected to represent the province in the All Star League. After a very successful playing career, Huw wanted to give back to the game and pass down his knowledge to the next generation and thus began his coaching journey in the early 90's.

Huw's coaching career has spanned 30+ years and has involved various levels of soccer in Canada including:

Huw currently serves as Technical Director for both Saskatoon United Soccer Club and Northwest Territories. Beyond his current role as Technical Director, Huw is also playing a major role in training the next generation of coaches as a learning facilitator and runs various coaching courses in Saskatchewan and NWT.

Create a supportive, encouraging, safe and rewarding environment that fits the players abilities. As well as, focusing on FUN, teamwork, individual development, retention, inclusion and long-term player development over the "win now" principle. 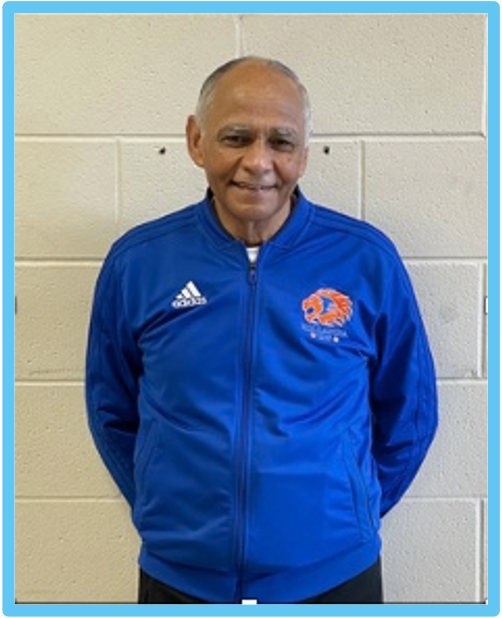 Percy was born in South Africa and immigrated to Canada in 1982 with wife Yvonne and three children, Jill, Percy Jr (PJ) and Rudi. He has eight grandchildren, the older is 16 and the youngest is 8. His passion is watching and guiding the development of youth players, and he has spent most of his life studying the subject in many parts of the world.

He has  been in love with the game from childhood, and when he arrived in Warman from South Africa, he started the Valley Soccer Association (VSA). During a tournament in Prince Albert, Andy Sharpe, President of SSA at the time, saw Percy coaching and encouraged him to get into coaching. The first course Percy did was led by Andy in the Evan Hardy gym in the winter of 1987.

Percy has dedicated decades of service to the soccer community of Saskatoon and the province of Saskatchewan. In his over 30 years of coaching at various levels, he has attended 16 National Club and All-Star Competitions, coming home with a Bronze medal as part of the coaching staff with the Hollandia Impact Women's team in 2012. He served as Head Coach for four Canada Games and two Wester Canada Games cycles. He has also spent three years as the Head Coach of the University of Saskatchewan Huskie men's soccer team.

Percy's coaching philosophy is to aid in the development of good people, not just good players. He believes' that he helps young players to reach their full potential, regardless of what they may be. 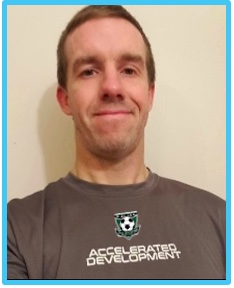 After playing his entire youth career in Saskatoon, Sean got into coaching at 18 and coached the first ever game of Zoned soccer in 1998 for Aurora. It was at this moment he decided that he wanted to give players an opportunity that he did not have by passing down his knowledge of the game and providing them with the tools to accomplish their goals. Sean made the decision to dedicate his life to the game and chose to make a career in developing players by attending SIAST Recreation Management Program as well as taking his coaching licenses in soccer. After stints with Aurora, Eastside and Hollandia, Sean moved to Prince Albert for his first full-time Technical Director position in 2012, after Prince Albert he made his way to Grande Prairie as part of their minor soccer programming, and in 2016 Sean returned home and took over Technical Director duties with the Aurora Soccer Club.

Sean has successfully coached at every level of soccer, which includes:

I love to focus on individual player development, ball mastery, love of the ball and game in a FUN, safe and challenging environment. Over the last few years my shift has gone to game intelligence by providing opportunities to players of all skill levels and interest levels as well as giving them the coaching they need to succeed, while playing meaningful games. The game is where you can utilize what you learned in training. It's the test so to speak. 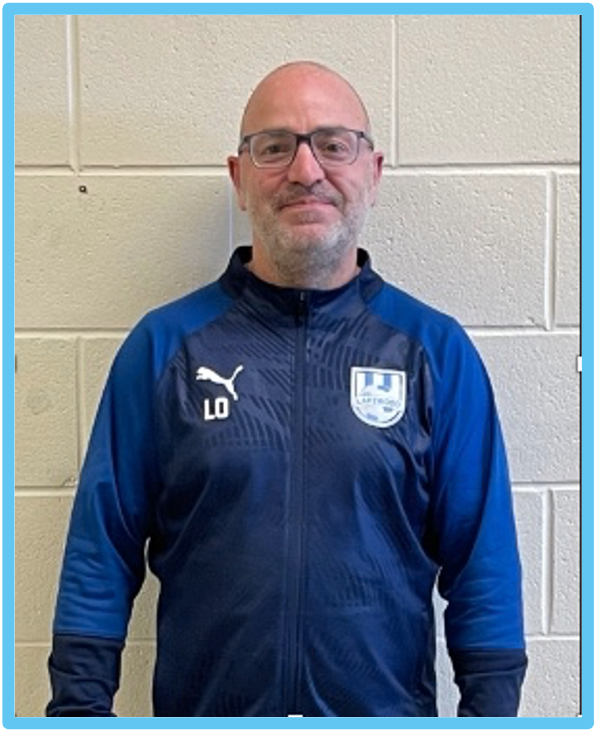 Although Lewis was raised and lived most of his life in Saskatoon, his parents moved to Canada from Spain and brought with them the love of the beautiful game of soccer, and instilled that love for the game in Lewis at a young age and that love only grew throughout his life. Lewis' love of soccer began when started walking and he has played throughout his youth and adult years. Lewis has represented the province in his youth career at both the club and provincial levels going on to wear the green and white as a player on the University of Saskatchewan Huskies for four years. A natural transition into giving back to the game that had given him so much occurred and he became involved as a volunteer coach often throughout his career. Lewis also enjoys competing and coaching at the highest levels in the sport of Sailing, recently finishing 7th at a recent World Masters Championships and several national masters championships.

Coaching since he was in high school as a volunteer with local clubs is when Lewis began to help young players of all skill levels to achieve a level of success on the soccer pitch. Lewis spent the early 2000's serving as a board member and a volunteer coach in the Community Associations and with the local clubs in Saskatoon. To take a more active role in the evolution of soccer and working with kids, Lewis made the decision to step up, leave his career in the financial world and became assistant Technical Director with Eastside Youth Soccer Association, before moving to his currently role as Technical Director and General Manager for the Lakewood Soccer Association. Over the last few years, Lewi has coached several provincial championships teams and recently appeared at the 2019 U15 National Championships with Lakewood Deportivo. Not only has he represented Saskatoon at the National championships, in 2016 as part of Team Saskatoon, Lewis and Team Saskatoon took home gold at the Saskatchewan Summer games. Lewis believes in exploring opportunities for Soccer outside of Canada and because of this, countless players have been given the opportunities to travel with Lewis, including as far as China.

To be inspiring! It is about the player understanding and understanding the values that will make them not only a better player, but a better person in life. Soccer is a team sport that requires many individuals to understand what is needed to get to the next level, whatever that level might be, not just an elite level. Building a team requires a bond among players that is built on humility, effort, attitude, respect & team. Moreover, and by most importantly, being able to inspire the kids to love the game and this only happens when an emphasis is strongly placed on FUN! 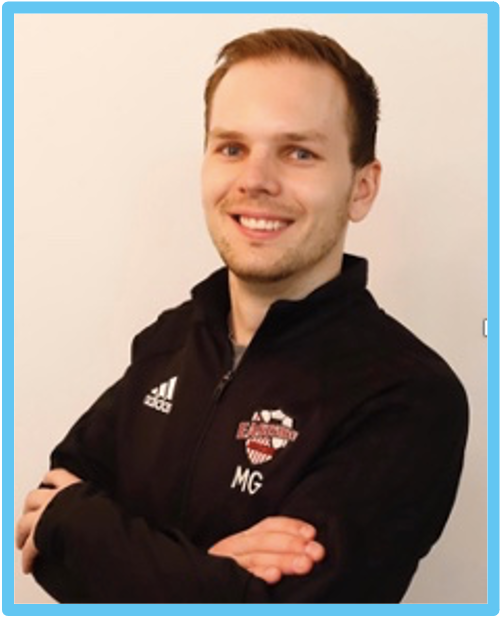 Mike was born in Saskatoon and discovered his passion for soccer at a young age, playing in the local grassroots program. After his family moved to Alberta, he spent many years of his youth in the Calgary soccer system and various provincial programs. Freshly graduated, he moved back to Saskatoon to attend the University of Saskatchewan where he completed his Bachelor of Arts in Public Policy Analysis, followed by his Bachelor of Education.

Since returning to Saskatoon , Mike has been heavily involved in the Saskatchewan soccer community. Starting off as a volunteer coach with Eastside Youth Soccer Association, Mike soon became a member of the Eastside Technical Team, before taking on his current position as Technical Director in 2016.

In addition to his responsibilities as Technical Director with Eastside, Mike has been engaged with number provincial team programs, including his role as male head coach of Team Saskatchewan at the Western Canada Games in 2019. Alongside coaching athletes. Mike is recognized as a certified learning facilitator, he has helped to elevate the coaching standard in Saskatchewan by delivering multiple Canada Soccer B and C Licence courses.

Mike sees himself as an ambassador of the game valuing the parallels of soccer shares with life by encouraging athletes to explore the relationship between the principles. By motivating players to gain an understanding of these principles and supporting their effective use in games, he helps discover and develop their individual soccer identities. As athletes come to appreciate their unique identities including personal strengths and weaknesses, they build the foundation for soccer excellence.

Manage your identity from the palm of your hand to the top of your desk.