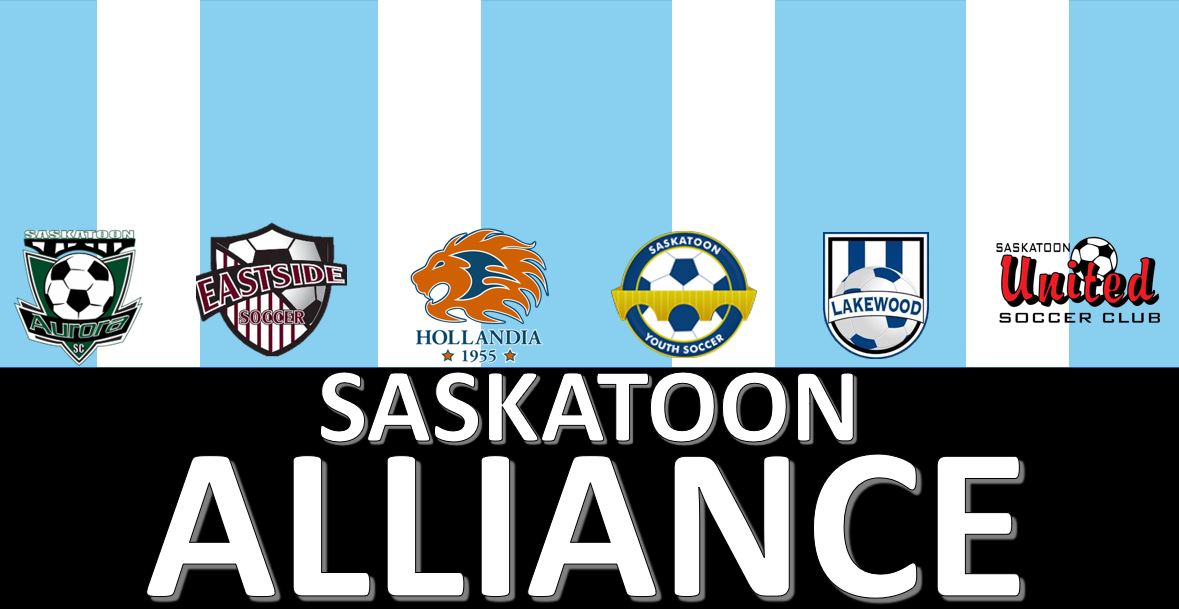 Since the mid-1990s, five Saskatoon youth soccer zones have competed head-to-head. Now, the organizations are teaming up.

In a program under the banner of Saskatoon Youth Soccer Inc. (SYSI), the city's five zones — Aurora, Eastside, Hollandia, Lakewood and SUSC — are forming Saskatoon Alliance academy. The program will include high-level options for selected players in under-11 and progressing up to under-19, while at the same time all registered players continue to practice with their zone club and compete on their zone team in SYSI leagues.

Academy training with Saskatoon Alliance will coincide with the athletes' time spent with their home zone.

In addition to the creation of the Saskatoon Alliance academy (which is set to launch this spring and summer with modified programming, and then with a full slate in the fall), SYSI is introducing changes to its zone-based leagues starting with the 2021-22 winter season.

The purpose of the academy is to provide an enhanced playing and training environment that promotes player growth, enjoyment and retention.

"It is a unification of all resources from each zone and the SYSI office into one project,” Alliance organizers said.

"It would become an integral component to promote more players into the next phase of their playing days, whether that is an opportunity with professional or semi-professional clubs, university teams or continuing to play within local leagues for the love of the game."

The zone's technical directors — Sean Riggs (Aurora), Mike Gramiak (Eastside), Percy Hoff (Hollandia), Lewis Oteruelo (Lakewood) and Huw Morris (SUSC) — bring decades of local, national and international experience to the Alliance project. Each of the TDs will lead an academy age group or division, and be joined by provincially- or nationally-certified coaches from the five zones.

Eastside's Mike Gramiak noted that soccer in Saskatoon is changing at a rapid pace. "By combining our efforts collectively, we have the incredible opportunity to offer an unparalleled set of programs the zones otherwise couldn't on their own," Gramiak said.

Hollandia's Percy Hoff said the pathway "is a result of a long overdue partnership of all five zones and the Saskatoon Youth Soccer Association."

SYSI — based out of Saskatoon Sports Centre, the province's biggest soccer facility — is the single-largest municipal organization overseeing the sport in Saskatchewan. More than 7,000 players and coaches register each year between SYSI's five zones.

"Players selected for the Saskatoon Alliance will experience the excitement of competitive leagues and academy training all under one umbrella while being provided additional opportunities to further their playing career," SYSI executive director Amanda Probe said.

Under the new format, players will sign up for league play and training with their zone, and select players will be chosen to take part in the academy.

The primary goal is to launch a successful SYSI academy that will enhance the development of players within SYSI and its zones. This serves not only to help those selected for the academy, but also every player wishing to have competitive matches up to under-19 at the club level.

A secondary goal is player retention. By creating a new pathway in the SYSI structure, there will be a place for everyone to train and compete with players of their same level.

The introduction of Saskatoon Alliance coincides with the new-look SYSI format, which starting in the 2021-22 winter season will offer an Academy League and City League — replacing Premier, Division 2 and Division 3.

"The academy is synchronized and complimentary to the Saskatoon Youth Soccer member clubs and to the leagues. In this way, it provides players and families an academy option that does not conflict with their club and league commitments," SYSI programs coordinator Dan Kelly said.

The Academy League provides a higher commitment option for those wishing to train and compete in a development-based, competitive environment.

City League will provide a lower commitment option for multi-sport athletes or players who wish to simply play one game each week, with optional zone practices.

As part of the changes, scholarships and funding will be available for Alliance academy programming for those who otherwise might not be able to participate.

This new pathway will strengthen and grow the zones, allowing participants to stay with their zone for their entire youth playing days, all while offering programming and options most attractive to each individual.

'A NEW AND EXCITING PATHWAY'

Goals for Saskatoon Alliance include:

"We are so proud and honoured to be a part of a new beginning," SYSI president Mark Millard said. "Our athletes deserve the best and our new pathway and academy will provide that opportunity for generations to come. For the first time, parents can envision a clear, all-inclusive soccer pathway for the children of Saskatoon."

Manage your identity from the palm of your hand to the top of your desk.